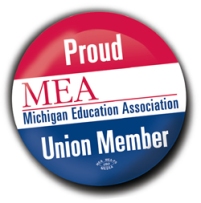 More than 80% of votes cast were in favor of forming a union. Ninety faculty members will be represented by the MEA, pending certification by the MERC on Monday.

Administration said in a statement they are ready to begin bargaining with the union on wages, benefits and other work-related items.

From the Traverse City Record-Eagle:

Northwestern Michigan College officials likely will head to the collective bargaining table for the first time in the school’s history to negotiate faculty members’ employment terms.

NMC’s non-supervising faculty overwhelmingly voted to form a union during a secret-ballot election that concluded Wednesday. Sixty-five faculty members cast ‘yes’ votes in the Michigan Employment Relation Commission election, compared to 16 ‘no’ votes, according to Michigan Employment Relations Commission records. One vote was not counted because of a spoiled ballot.

Nancy Gray, chairwoman of NMC’s faculty council, said faculty members are excited for a chance to negotiate with the college’s administration and board of trustees. She added those who supported the union drive also want to reach out to the faculty members who voted ‘no.’

“Mostly, the reaction is people are thrilled that there was such a resounding majority,” Gray said.

The election was the culmination of a process that began in December, when the MEA submitted a request for the vote to MERC on behalf of faculty members who contacted them about being represented as a collective bargaining unit.

Marguerite Cotto, NMC’s vice president for lifelong and professional learning, said Thursday she does not anticipate objections, though she had not yet discussed the issue with the college’s other administrators.

Cotto said she considered the election results “actually good” because they give college administrators “the beginnings of the road map forward.” She also called the vote spread interesting.

“It certainly suggest that there is a clear, common body of questions, concerns and themes that the faculty would like us to address in a different way,” she said.